PODCAST: Click the play button below to listen to the author read this story as a podcast.

It is easy to think of ‘The Cowboy’ as an American entity, but plenty of other cultures have their own equivalent.

It is easy to think of ‘The Cowboy’ as an American entity, but plenty of other cultures have their own equivalent. As part of the celebration for the G1 Longines Gran Premio Latinoamericano—which was won by Ya Primo (Chi), who since ran second for Chad Brown in the GII July 27 Bowling Green at Saratoga–huasos came out on the track and put on a demonstration before the race in Santiago, Chile.

A huaso is the Chilean version of a cowboy, and there is plenty of pride surrounding the term. As they showed off their skills on horseback while twirling Chilean flags, it made me think back to Mario, a genuine huaso who humors tourists wanting to go on horseback rides through the Chilean countryside.

Maipo Valley Wine Tours is a bit of a choose-your-own-adventure operation. It offers half-day tours, full-day tours, and endless options. Most focus on wine, but even those traveling with children can select a tour that involves an organic orchard, artisan chocolate, beekeeping, and more.

While perusing the website, my eyes were instantly drawn to the option labeled “horseback wine tour and a Chilean country grill.” I signed up with enthusiasm after reading the pitch line: “If you like horseback [riding] in the countryside, through vineyards, forests, and rivers, and want to taste an excellent Maipo Valley wine in a historic winery, this is the perfect plan for you.”

Horseback riding, a vineyard tour, and a cookout seemed to encompass three of the things Chile has a great reputation for: quality horses, wine, and meat. I wanted to experience as much of its culture as I could in a short amount of time, and this seemed like a good way to do it. I was right.

Thanks to an easy-to-navigate website and incredibly fast email replies to inquiries, my trip was booked in short order. I was told a driver would pick me up at 8:30 am the day of my tour, and that was that. Sure enough, the day before a WhatsApp message popped in from Felipe informing me he would be there the next morning.

Prompt and courteous, Felipe was waiting in my hotel’s lobby at the appointed time. One of the best parts of the tour was the fact someone picks you up and takes you from place to place before returning you safely home. The convenience factor is enormous—especially for a day that involves wine.

Felipe and I chatted during the hour or so drive away from Santiago into Maipo Valley, one of Chile’s most important wine-producing regions. A cute and tasty local café serving breakfast was the first stop. Felipe proved to be a wise man throughout the course of our adventure. He helped teach me terminology – like the word huaso – and kept a close eye on the time when we needed to move on to the next part of our day.

After breakfast, we headed out to meet Mario, our guide for horseback riding. When arranging the day, I had been asked what my skill level was. Unlike trail rides back in the United States, there were no forms to fill out—just the acceptance by my guides that I was telling the truth. The difficulty of the ride is determined by your answers, so don’t lie.

Decked out in denim, Mario greeted me with a curt nod and a hat to borrow. Three horses—a chestnut, a black, and a dun—were tacked up and waiting. He walked the dun mare up to me, and said, “Esta es Jaqueline.” This is Jaqueline. Then he handed me the reins and, in short order, we were off.

Mario led the way, I was in the middle, and Felipe—with a backpack loaded down with our lunch—took the rear. Soon we were in the woods where mares and foals shouted their greetings. It was the rest of Mario’s herd.

As promised, we made our way through the countryside, crossed rivers, and then journeyed through vineyards on our way to higher ground for lunch. The men set to work, making a campfire, good-naturedly arguing over the best way to do things, and loading down the grill with every type of meat imaginable.

Red wine and local beer were also quickly produced as we relaxed and took in stunning views. Endless rows of grapevines to one side, cactus and avocado trees to the other.

Felipe was there to serve as a translator between Mario and me, but I made an effort to remember as much Spanish as I could. I like to think I started to win Mario over when I told him, “Jaqueline es una reina.” Jaqueline is a queen. It wasn’t just flattery—she was beautiful, well-trained, responsive, and a pleasure to ride.

Local treasures started to emerge from Felipe’s backpack, including a homemade green chili sauce that we put on top of our appetizer of freshly grilled sausage links and bread. The ingredients for our feast were simple, and additional seasoning was limited to sea salt and a few squeezes of lemon. It was a fantastic meal.

Felipe told me he and Mario were both surprised I was as game as I was to try local specialties, and so I explained the expression, “When in Rome, do as the Romans do.”

I would have happily stayed, but all too soon it was time to get to the winery. Our ride back was full of companionship and, instead of riding single file, we rode side by side.

When in Rome, do as the Romans do.

Halfway home, while we were letting the horses drink their fill from the river, Mario pulled a drink from his jacket. He opened the can, took a swig, and then passed it to me with a smile. It was one of those great moments in life where language barriers have no power, and I smiled as I reached over to take the can from my new friend.

Full of sunshine and steak (and chicken and pork and vegetables), it was time to say goodbye to Mario and Jaqueline as Felipe took me to Viña Undurraga, a winery that was established in 1885. Francisco Undurraga Vicuña started his vineyard with plants brought from Germany and France in capsules in 1870.

I was paired with other English speakers, all of whom happened to be from Texas, and off we went to admire the grapes and the wine making process. One of Chile’s specialties is Carménère. A member of the Cabernet family of grapes, it has its origins in Bordeaux but is less common in France these days. It has, however, thrived in Chile.

Of course, that led to everyone’s favorite part of a vineyard tour—the tasting. Our guide first had us swirl our wine against the glass and admire it running back down the sides. That’s pretty standard. His next comment was not. “Many people will tell you that what you see now are the legs of the wine. I say they are the tears because you are playing with your wine instead of drinking it.”

Everyone in our group appreciated his joie de vivre, and we started telling each other about our travels as we sampled delicious wine after delicious wine. We lingered after the tasting, too, until it was time to head home.

Water is life. Wine is magic.

Chilean wine tastings are more like full glass pours, so I was very grateful to have Felipe as my driver and, by then, as my friend. We had gotten along well all day, so he seemed mostly amused by my wine-fueled chattiness as we quizzed one another on the phrases we had taught each other in Spanish and in English.

As he safely deposited me back at my hotel, I thanked him for such an amazing adventure and the willingness to share his culture. I also apologized for the fact I was a bit tipsy. He smiled and shook his head, saying, “Water is life. Wine is magic.” 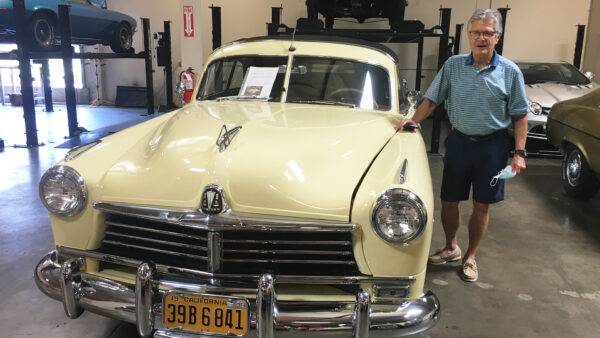 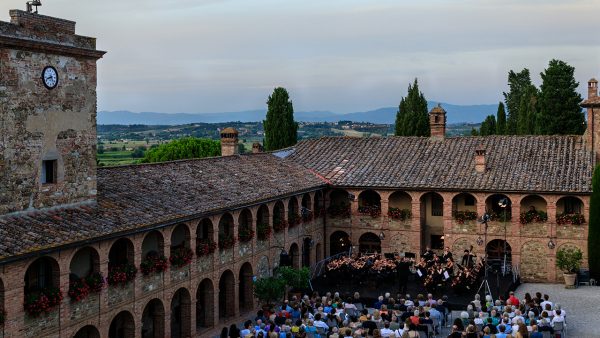 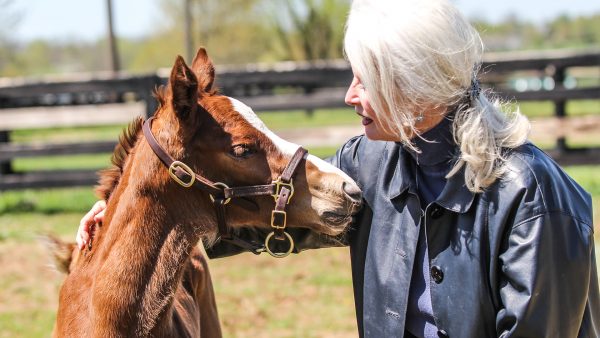